Royal Mile is the main part of the Old Town. From end to end is almost exactly one mile long and it connects two significant royal places – The Edinburgh Castle and Holyrood Palace, hence the name.

It is a lovely street to walk on and there are shops, restaurants, coffees, museums and the St. Giles’ Cathedral which I will refer again later. This street brings a very welcoming feeling to visitors and people who have  never been to this city before.

The Edinburgh Castle is one of those places you must go when you are in this city.

city that is magnificent. Inside you can visit different places such as:

Very important tip: Be there at 1 pm. No matter what. Everyday except Sundays, Good Friday and Christmas Day a formal event happen – the so called  “One O’Clock Gun”.

History behind this event: Ships in the Firth of Forth once set their maritime clocks by the One O’Clock Gun. This dates back to 1861. And it still happens nowadays. The gun is still fired by an official. Do not miss the opportunity to be present. 1 pm on dot.

Majestic building, this church is one of the main prayer places in Scotland and it has been for the past 900 years. You cannot miss it if walking on the Royal Mile. This beautiful building has amazing stained-glasses inside and majestic architecture.

A big, big tip and you will thank me later: before coming here have food. Seriously! Especially if you like whisky.

This place is close to the Edinburgh Castle. We started our journey by sitting in a sofa-cask shape like and through rails we were shown the different processes to make whisky. It was funny because the sofa was shaken, the temperature of the room rose according to the process that was being explained at that moment. After, we were brought to a room where a guide explained the different whiskeys in Scotland, where each one is from and its characteristics. It was given a glass of the whisky we would like to try.

Almost in the end it was shown the impressive and huge whisky collection they have, almost 1350 bottles including some rare limited editions. In the very end, because we chose the Silver tour we got the 5 main types of whisky to taste. 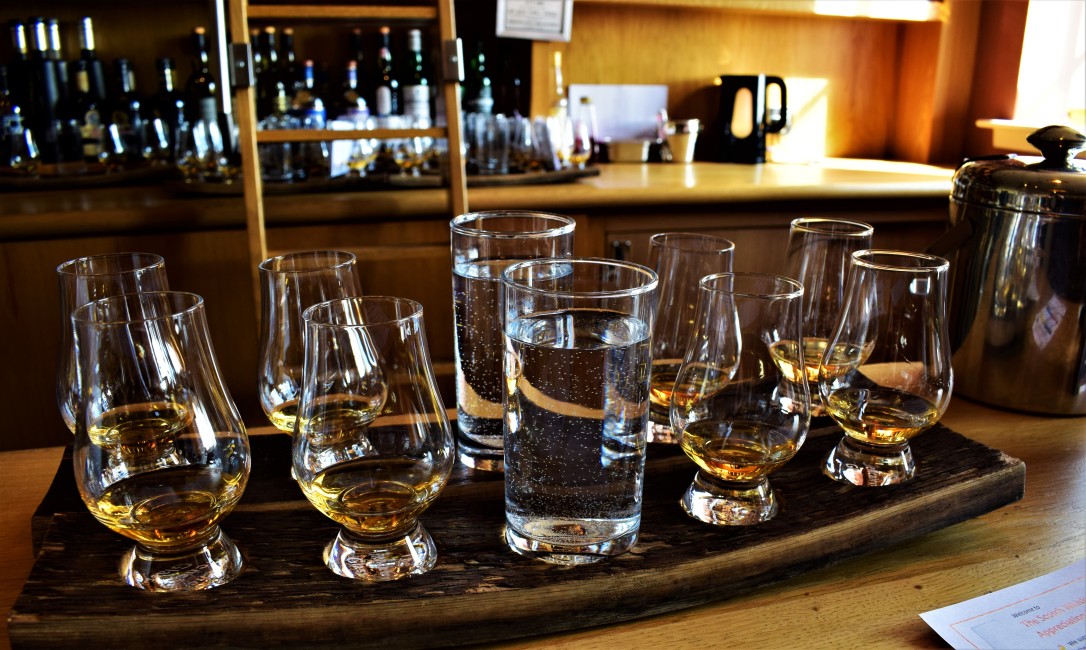 You can see the different kind of tickets and experiences you can choose on their website:   https://www.scotchwhiskyexperience.co.uk/

Camera Obscura and World of Illusions

This maybe is not a “normal” place to visit when exploring a new city, but it was great fun. Basically, they have illusions of different types such as electrifying experiments, a maze made of mirrors, you can see yourself grow, shrink and stretch. The one we most liked was a swirling light vortex – my husband just couldn’t walk straight. It was indeed a good laugh.

You have also the Eye Spy Edinburgh where you can see the city from a different angle. They also have a rooftop which gives you an amazing view. Really good place to have fun and enjoy yourselves.

The palace can be found on the bottom of the Holyrood Park, in one of the end side of the Royal Mile. This place is the Queen’s official residency in Edinburgh. Inside you find impressive treasuries of the crown and where the story between Edinburgh and the royalty is told.

Furthermore, there is the Holyrood Abbey, one of my favourite places, with its own medieval vibes.

On our first trip to Edinburgh we didn’t get a chance to climb this mountain, but we knew we had to do it. So on our second trip this was one of the things on top of our list. Holyrood Park is very easily spotted,  you will not get lost looking for it because it is a big mountain, you will be there after a short walk from the Royal Mile. And by the name you can guess this park is adjacent to Holyrood Palace. 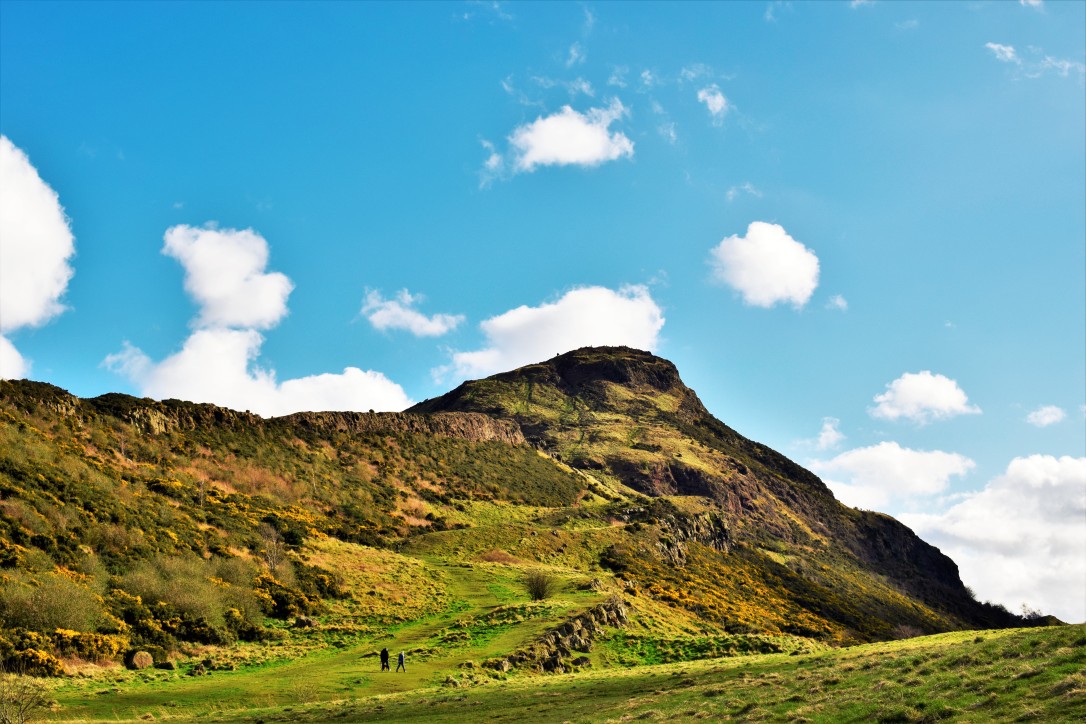 The highest point, 251 m above see level, is called Arthur’s Seat, an ancient volcano and you can imagine you have all the city at your feet. There is no better location to take incredible pictures of Edinburgh. If you get in this adventure consider you will take a couple of hours going up and then coming down, but it is well worth it. 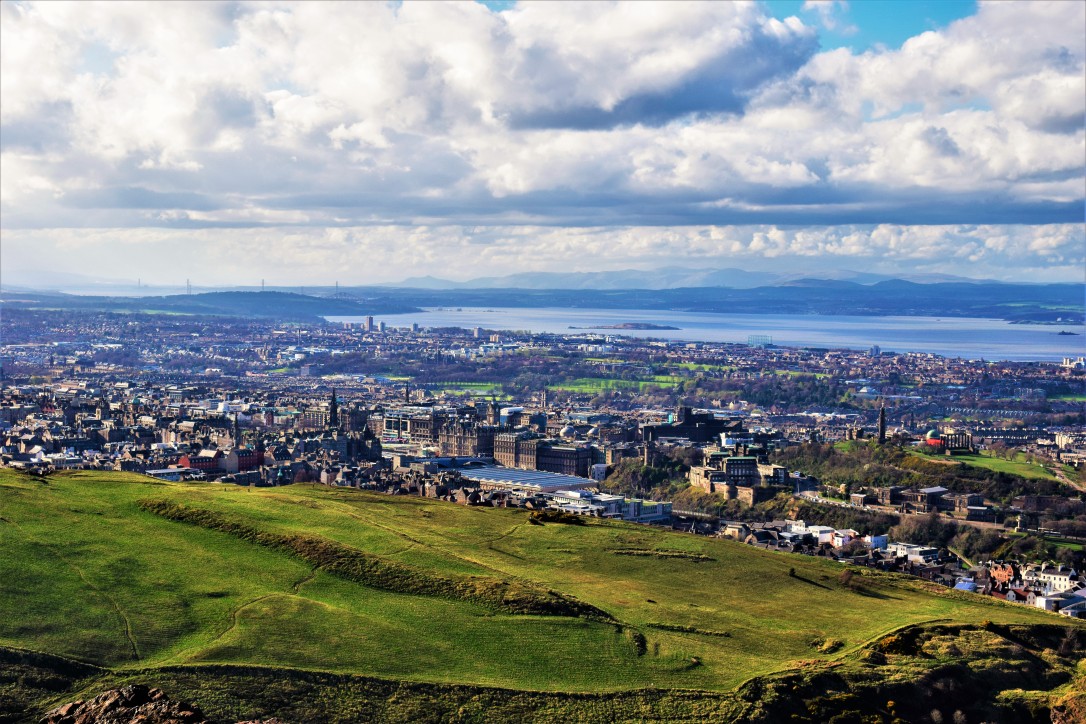 Calton Hill was the first place we visited in Edinburgh. The views of the city from the top of this hill are amazing. This place is included in the city’s UNESCO World Heritage Site. In this hill you can find the National Monument of Scotland, the Nelson Monument, the Observatory City, among others. In here it is also located the Dugald Stewart Monument which appears in many pictures of Edinburgh.

I am just going to quickly explain some relevant things about these sites:

Greyfriars Kirkyard is a graveyard not far from the Royal Mile. Since late 16th century burials have been taken place here and notable Scottish residents are here such as important architects, mathematicians, physicians, chemist among many, many others.

One of the most peculiar things here is called Greyfriars Bobby – a Skye Terrier that has become known for spending 14 years guarding his owner’s grave until his death on 14th of  January 1872.

Royal Botanic Garden Edinburgh is a scientific-research centre for the study of plants, their diversity and conservation. It was founded on the 17th century by two doctors who wanted to grow and study medicinal plants. Today there are four sites, one of them in Edinburgh, and each one of them has its own specialist collection. 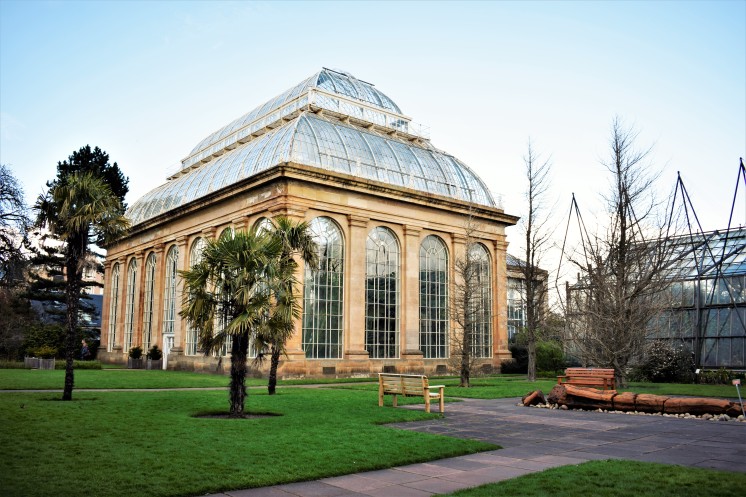 Lovely place to walk and be in contact with the nature and exotic species, one of the main points is the glass house but the garden itself is also remarkably beautiful. And the entrance is free.

Britannia was the “Queen’s maritime house” – for 44 years this ship travelled more than a million nautical miles. You can visit the different levels of this ship, starting by the magnificent State Apartments and Royal Family’s living quarters that are luxurious and elegant. On the other side you have the crew’s quarters and the functional Royal Navy vessel, and as you can imagine all the luxury present before has gone when you get here. It really does demonstrate the big differences between both “sites”, it really does. 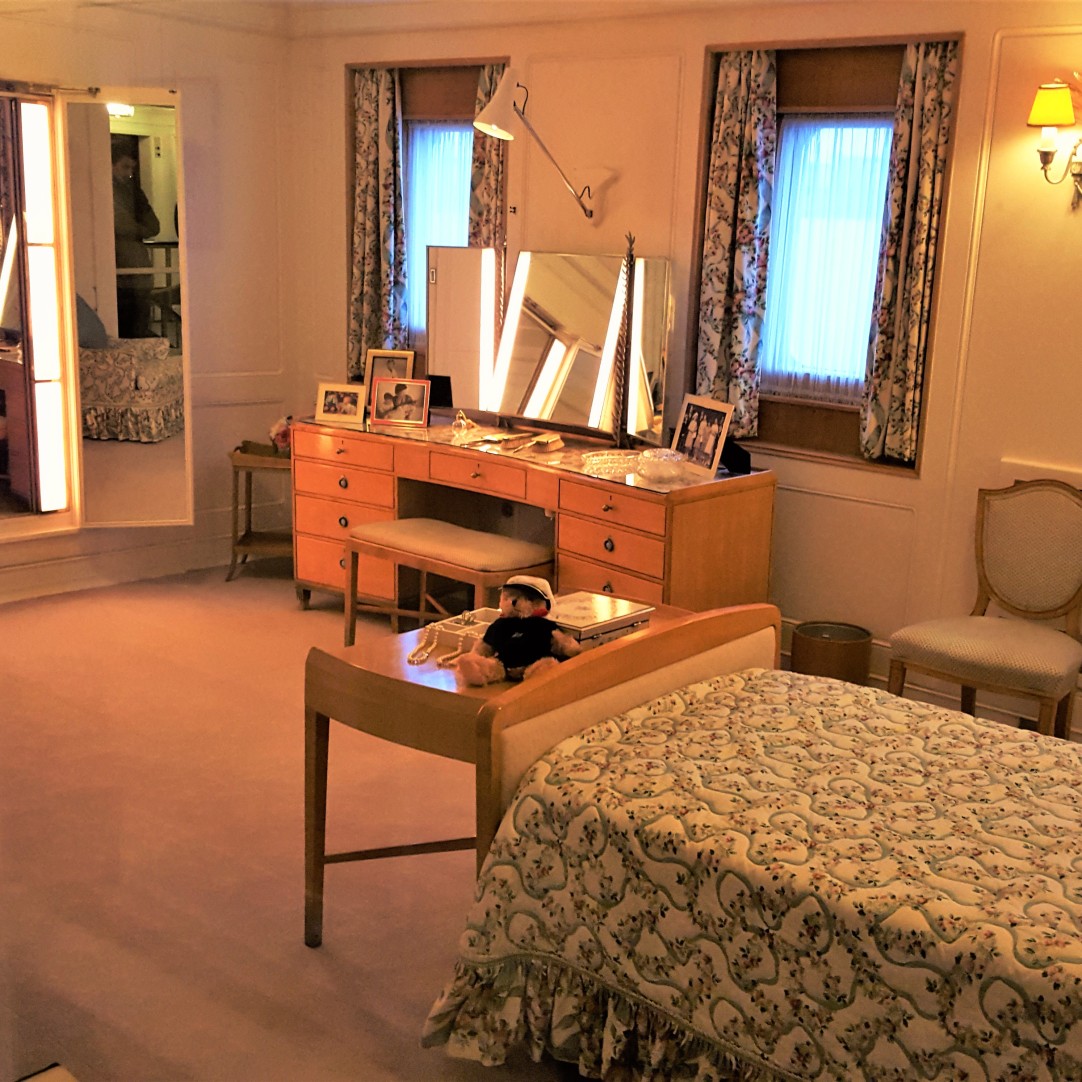 A bit far from the city centre you can get here by bus. Next to this ship you have a Shopping Mall, the Ocean where you can have a quick lunch or if in the mood do some shopping.

You can fine one of the best collections of fine art in the world. Very nice place for those who like art. The entrance is free and on Thursdays it closes at 7pm which is great if you get here a little bit late like us.

The A to Z of Travel

The encyclopaedia for global travellers.

Never too old to travel!